Babes In The Wood Territory

Watton Norfolk is one of those quiet and rather unassuming market towns in the middle of Norfolk that sadly gets bypassed by visitors heading up towards the coast.

But if you explore this area of Wayland, I know you will be pleasantly surprised.   We all know about the incredible Norfolk beaches, the vast open landscapes and huge skies, but this part of Mid Norfolk is covered in woods, lakes and walks, historic churches and market towns full of history.  A complete contrast to the Norfolk Coast and beaches.

One of the best walks very near here is The Pingo Trail, which starts 3 miles south of Watton. 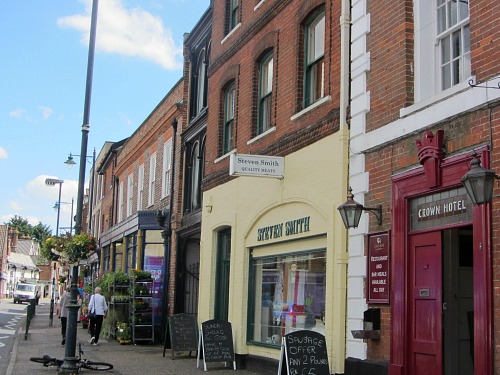 Watton Norfolk is a town which just gets on with its daily life as it can’t rely on tourists to bring in the business to the extent that the Norfolk coast does.  For this reason I like it.

There are a few high street chains here, but most of the shops are small independent ones, such as electrical shops, pet shops, newsagents, galleries and clothes shops, cafes and restaurants, hotels and pubs.   The Dragon Fly Gallery  is one such gallery, small but welcoming, housed in Wayland House (which is also where the tourist information office is based) and is used by local artists to stage their exhibitions. 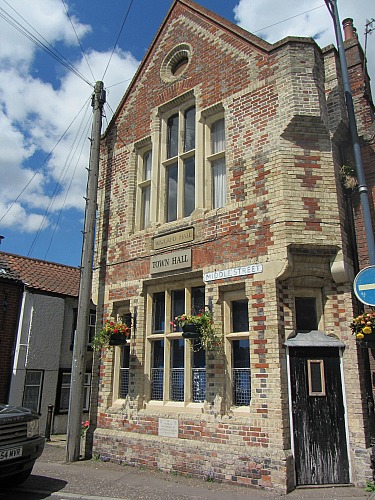 Watton Norfolk is mentioned in the Doomsday book, and the earliest records relate to the market of Watton Norfolk, so the weekly market has always been an important part of the town.   Today the market is still growing.  Every Wednesday it sprawls onto the high street, selling exactly what you would expect to find from a town market; fresh fruit and veg, fish from the coast, local delicacies and so on.

And where the Market Cross once stood outside the Town Hall, (which was supported by 8 oak pillars) now stands a milestone showing the distances to nearby towns.

Watton and the surrounding area can boast 18 beautiful medieval churches, but the one in the middle of Watton Norfolk is particularly lovely. 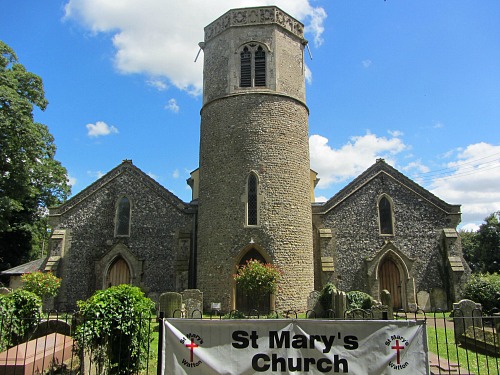 St Mary’s Church in Watton is actually the oldest building in Watton.   Hidden down one of the side streets as you go out of Watton towards Norwich, it’s known as an urban round tower church which is unusual because most were renewed during the medieval times and so there are only about 6 left in East Anglia.  It’s a strange looking church, as it looks as if three buildings have been joined together to make one.

Unlike Swaffham and other Georgian towns in Norfolk, Watton Norfolk doesn’t have very many attractive buildings to give it the grace and panache that some of the other towns possess, but it does have a couple of notable buildings worth mentioning.

Watton's links to the Forces

Like many of the villages and towns in Norfolk, Watton Norfolk was closely associated with the Royal Air Force which started back in 1936 with the construction of RAF Watton.   This created a lot of jobs for the local people which was greatly needed at the time. Today the base has been turned into houses and agricultural land, but there are still two monuments at the entrance to the housing estate; a propeller in memory of the British airmen, and a more traditional memorial to the US airmen.

Watton also has tenuous links to the British Army as the town sits on the edge of the training battle ground for the Army.  As you leave Watton from the west, you’ll drive through countryside with MOD warning markers.  Occasionally you can hear the boom of the tanks firing their guns.

Watton Norfolk has two hidden gems surrounding the town which are little known to those outside the area but definitely worth exploring.

Owned by the Norfolk Wildlife Trust, Wayland Wood is a beautiful ancient woodland and which is said to be the site for “Babes in the Wood”.   Nobody knows if this is true though, so you can continue to dream!   This is one of the largest woods in South Norfolk, and the dense nature of the woodland is due to the traditional methods of coppicing that the NWT use in these ancient woods (rather like Foxley Wood north of Dereham).   So if you want to get out of the town and into the wonderful Norfolk countryside, then visiting this wood is just the answer. 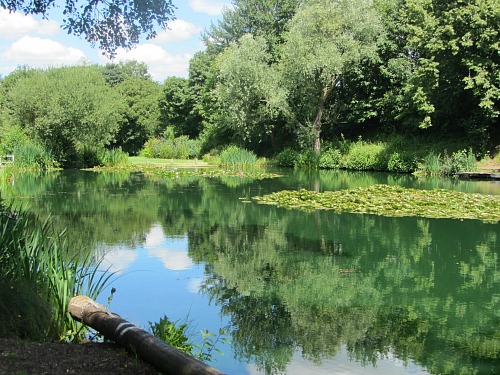 Loch Neaton is also a little bit of Watton that is undiscovered.

The reason there’s a loch here is that when they were building the railway from Thetford to Watton they needed to excavate a huge amount of soil to build a bank for the track.  This left two lochs, but the one furthest from the town filled up with water from the River Wissey, the other one remained dry.  With backing from businessmen and voluntary contributions and labour, a rather splendid but small leisure park was set up with a landscaped lake with lily beds and rowing boats for the lake, as well as grass tennis courts and a swimming pool being built.

All sounds wonderfully Victorian!  Alas all this has now disappeared, but Watton is still left with a very pretty lake and a small area for picnics.

Not well sign posted, this little quiet haven is situated just behind the Sports Centre.  It was named Loch Neaton in honour of the many Scottish workers who worked on the building of the railway.