A Beautiful And Ancient Market Town

Wymondham UK is an extremely attractive and very pleasant market town 9.5 miles south west of Norwich, with historic buildings dating back to the 15th Century and an iconic market cross in the centre of the town.

Like many towns in Norfolk, Wymondham suffered a huge fire in 1615, known as The Great Fire.  Many of the buildings were burnt to the ground, but a few did survive: 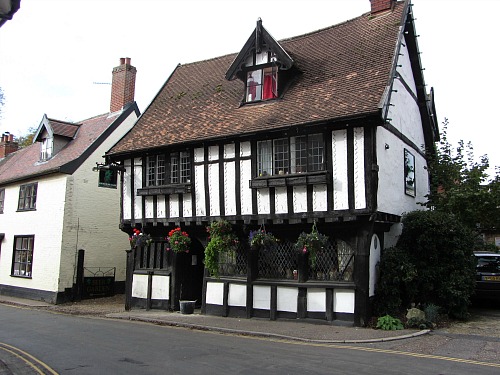 A short drive from Wymondham is the pretty Georgian village of Hingham.  Enjoy a stay at The Loft which is on a working stud farm 5 minute's drive from the village.

And if you take a closer look at The White Hart hotel in Market Street, you’ll see the arch which would have been the carriage entrance for coaches when it was an old coaching inn.  Wymondham oozes history, and if you walk around the town you'll come across streets full of beautiful buildings. 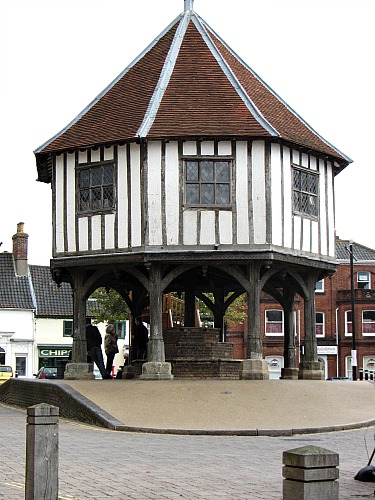 The original Market Cross was destroyed in the Great Fire which raged through the town of Wymondham UK, and the present Market Cross (as seen in the photo above) was therefore rebuilt in 1617.  The purpose of having a Market cross in a town was to protect valuable documents from floods and vermin, a common occurrence in days gone by.  Today it houses the Tourist Information Office.

As a thriving market town, a local market is still held every Friday around the Market Square.

Wymondham UK was the first town to hold a Farmer's Market in 2000.  This is still a vibrant market, and is held on the 3rd Saturday of every month from 9-1pm, and as in keeping with all Farmer's Markets, it sells local produce such as meat, cakes, eggs, goat products, seasonal specials and much more. 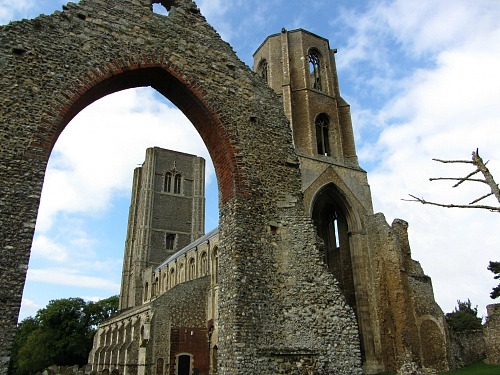 Wymondham is probably best known for its magnificent Abbey towering over the landscape from far away, and much of the history of the town centres around the life of the abbey and the rivalry between the town and the monks.   It was founded in 1107 as a community of Benedictine monks.   An ambitious building, as it really is a large structure, it was built with stone shipped from Caen in France and now houses a beautiful rood screen which you must go and visit.  You can find more details about Wymondham Abbey and the events it holds here.

Not many railway stations attract your attention, but this one most certainly will.  It’s on the main line from London to Norwich and was voted Best Small Station in the 2006 National Rail Awards.  It’s like walking back in time, and still worth visiting even if you aren’t catching a train because it houses a lovely tea room which has a restaurant open daily.  The station was featured as the "Walmington-on-Sea" station in the BBC programme "Dads Army” 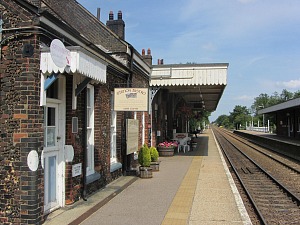 Robert Kett is probably the most famous resident of Wymondham UK.  He was found guilty of leading the revolt of peasants and farmers against the enclosure of common land and held the city of Norwich for 6 weeks until he was defeated (known at the Kett Rebellion which was the most serious outbreak of unrest during Edward VI’s reign).  He was taken off to Norwich Castle and subsequently hung.