Pubs in Norfolk are plentiful which is great news for those of you looking for relaxed accommodation, whether it be for 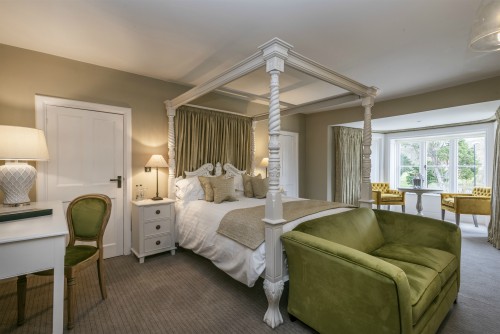 This page has a growing list of extremely welcoming, usually dog friendly pubs in Norfolk.  Most of them at the moment are around the coast, which happens to be one of the most popular areas in Norfolk, but we’ll be expanding to cover pubs and hotels all over Norfolk.

Luckily Norfolk is a very rural county so dogs are a familiar sight and there are lots of places to walk and exercise your dog as well as many of the establishments allowing your dog into the bar area and bedroom!

A Map Of Pubs And Hotels In Norfolk

Pubs In Norfolk Close To The Beach

Norfolk has some incredibly wonderful beaches where the tide goes out for miles and you’re left with swathes of golden sand where you can just walk and walk and walk.  Many of the beaches are dog friendly too which is always an added bonus.

Because much of the coast has silted up over the years leaving salt marshes as a predominant landscape, there are only a few pubs and hotels which sit right on the coastline.

As I mentioned above, the North Norfolk Coast is an extremely popular destination so we have a few dog friendly pubs and hotels to choose from here.  They range from  pubs in Cromer, Wells-next-the-Sea, Thornham and Holkham and we’ll be adding more over time.

These pubs in Norfolk below are particularly dog friendly (others don’t have quite so many rooms for dogs etc).

Other dog friendly pubs in Norfolk along the coast are

Norfolk is the perfect place for a romantic getaway, never more so than in the autumn and winter months when the weather is colder and best of all, the beaches are empty!   At this time of year though, the pubs in Norfolk have wonderful cosy log fires to settle in front of after a bracing walk,  or maybe you'll just choose to have a lazy afternoon!

The Lifeboat Inn at Thornham has a really romantic feel to it and is just off the beaten track.  It has a very atmospheric 18th century oak bar with exposed beams and an amazing fireplace and just feels cosy the minute you step into the lounge.

If you’re after a romantic but a more modern hotel with a four poster bed, then take a look at Heacham Manor Hotel.   You can indulge yourself in the Manor Suite and while you’re there, take a few spa treatments at the same time!

I’ll be adding some packages shortly, but there are some wonderful pubs in Norfolk where you can stay and play golf, go fishing or kite surf.

Kite surfing is becoming an increasingly popular sport and Le Strange Arms is one of the pubs in Norfolk that is perfectly situated for a weekend of being flown around by the wind because Old Hunstanton beach is one of the best beaches to kite surf from in Norfolk.

There are so many golf courses in Norfolk, but you can’t get better than Heacham Manor Hotel because it has its own 18 hole golf course.  Book in here and they can offer you golf packages to play on some of the other local courses too.

As you may already know, Norfolk is one of the premiere bird watching counties in the UK.  As we’re on the east coast of the UK, Norfolk is the first stop off point when birds are migrating from countries such as Africa and Russia, so we have some spectacular bird watching opportunities here, particularly in the winter months.

And what you'll need when you’ve been bird watching all day is to come back to one of the lovely relaxed pubs in Norfolk, or hotels, and sit in front of a roaring fire, a drink in hand and dinner served to you!

Briarfields Hotel is a 2 minute drive from RSPB Titchwell Marsh which has some fantastic bird watching, along with a very modern state-of-the-art bird watching hide.

Heacham Manor is perfectly placed to nip along to RSPB Snettisham and watch the amazing Wader Spectacular or the flight of the Pink Footed Geese at dawn.  This is a fantastic hotel with spa and golf course so it features quite a lot!

Titchwell Manor is also a very short walk or drive to RSPB Titchwell and can also be described as providing some wonderful fine dining.

With the Norfolk Coast Path stretching all the way along 83 miles of the Norfolk coast, there are lots of fantastic pubs in Norfolk to stay in during your hike, or even just to drop by for a bite to eat.  If you’d like to have your walking holiday organised for you, just let us know – you can find more about what we offer with our Norfolk Walking Holidays here.

The closest pub/hotel to the Norfolk Coast Path is the Le Strange Arms which has its lawns sweeping down to the coastal path.

The Lodge Inn is also just a short walk to Old Hunstanton beach and from there onto the Norfolk Coast Path which you can follow as far as you like and then catch the bus back (the bus stop is just outside the pub!).

The Lifeboat Inn at Thornham is so close to the Norfolk Coast Path and Thornham Creek that this makes for a wonderfully coastal rural retreat.  This is a great place to base yourself for walking parts of the Norfolk Coast Path (and catching a bus is always easy once you get to where-ever you want to finish your walk).  This pub in Norfolk is an old 18th century coaching inn and still retains the oak bar but also has a very modern and light conservatory.

The Chequers Inn is also worth mentioning here.  This is a little further along the road in Thornham and is the sister pub to The Lifeboat but has the added bonus of having a “pavilion” where you could hold your own small (10 max) party for an evening meal.  This was recently refurbished.

The Chequers is right on the Norfolk Coast Path, so why not stop by for a drink and a bite to eat also?

But if you wanted to stay further along the coast for the trail, then Wells-next-the-Sea would be a good pub in Norfolk to base yourself too.  The Crown pub is situated a little back from the harbour wall and overlooks a pretty green surrounded by Georgian houses.

New for 2020, we will also be offering a 3 night/2 day short break walking holiday in Wells-next-the-Sea which you can read about shortly.

This one needs a bit of imagination but could be fun!

Smuggling didn’t just happen in Cornwall.  Norfolk had its fair share too!  Both Cromer and Sheringham were used for smuggling and Weybourne was particularly popular because boats could anchor close to the shoreline, unlike other villages and towns along the coast, and also because of the gap where the cliffs end (or begin) meant they could then transport their cargo onwards more easily.

The Lobster Inn is one such pub in Norfolk that conjures the imagination as its an 18th century coaching inn which has refurbished rooms as B&B, has great rates and also has some self catering fishermen's cottages called The Smugglers!

Some of you love Spa’s.  Well there are a few pubs and hotels in Norfolk that have Spa’s and offer spa breaks.  What better than going away for a relaxing weekend, indulging yourself, being pampered and not having to cook – sounds perfect to me!

Heacham Manor in Heacham is one such hotel.  It has its own Spa called the Mulberry Spa where you can have no end of treatments for a completely relaxing break.  And if you like treatments, and your other half likes golf – this is a weekend made in heaven!

The Hoste in Burnham Market is a boutique pub in Norfolk which has its own spa too.  The Hoste has been a very popular pub over the years and and has changed hands twice recently, the last was in 2019 when it was taken over by the City Pub Group.  This continues to be a boutique luxury pub in the pretty and popular village of Burnham Market.

There are a few pubs in Norfolk that provide really excellent food such as The Neptune in Old Hunstanton and Morston Hall in Morston, but one that I feature here is Titchwell Manor.  Apart from having amazing views over the marshes, it’s also dog friendly and definitely prides itself on the food created by head chef Eric Snaith.

This is an incredibly popular weekend in September with about 20,000 people descending on Sheringham and Cromer and many of the pubs in Norfolk get booked up very quickly, as you can imagine.

1940’s dressing up, old buses and the steam railway at Sheringham are fully operational along with a whole host of other 1940’s events.  Don’t miss it!

Two of the best pubs for this would be:

You should know by now, having browsed the pages of this website (!), that we are very lucky in Norfolk to have some incredible stately homes which are well worth visiting.

For Blickling Hall, you can stay in this rural pub a few minutes’ walk from the Hall and also enjoy a lovely circular 4.5 mile walk around the estate while you’re there.

For Felbrigg Hall, pop into Cromer and stay in the Red Lion pub which overlooks the sea.  You can even walk from here to Felbrigg Hall along the Weaver’s Way, should you wish.

For Holkham Hall, why not stay in The Victoria Inn which is right at the entrance to the drive up to the Hall.  It’s also a stone’s throw away from the fantastic Holkham beach and the Norfolk Coast Path and incredibly close to Wells-next-the-Sea

For Houghton Hall, why not enjoy the rustic and relaxed charm of the Dabbling Duck, situated in the middle of a lovely Norfolk village with a couple of ponds.  Houghton Hall is about a 7 minute drive from the pub.

For Sandringham House, you could stay in the village of Snettisham at the award winning Rose and Crown.  A real English pub with a lovely atmosphere.

If you would like to visit Oxburgh Hall, try the Bedingfeld Arms.  Again this is another pub which is about a 5 minute walk from Oxburgh Hall and dog friendly.

We will be adding more pubs in Norfolk over time.

If you’d like your pub or hotel to feature on these pages, please see our advertising page here. 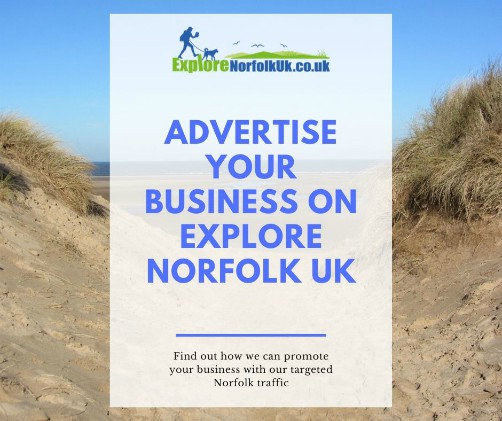